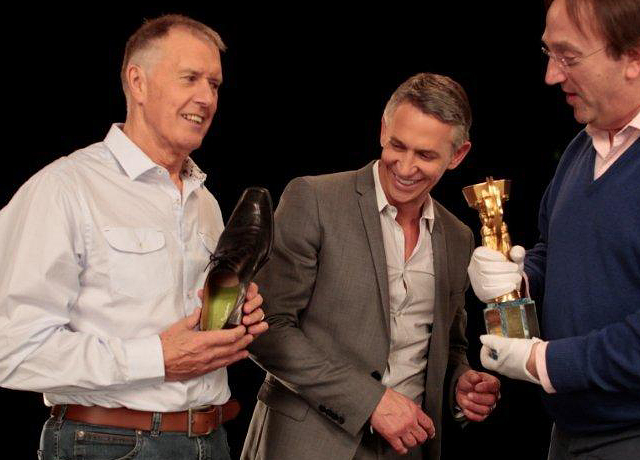 Congratulations to Simon Carter from Woking for his winning caption:

"That's not what we meant by Walkers, Geoff."

"I told you Gary Lineker's ears were a size 11." Chris Treloar

"Pickles found this too, but no one remembers it!" Bob Gray

Sir Geoff and Gary Lineker met up recently to complete the filming of a project for the reopening of National Football Museum in Manchester on 6th July 2012.

During the course of the day, for some reason a shoe stole the show from the Jules Rimet trophy. There is most certainly a brilliant caption for the photo on the left, we can't think of it but you probably can!

Take a look at the photo and then complete the form to send us your caption. Sir Geoff will be judge and jury and we'll publish the best ones here on Sir Geoff's website and on his Twitter account. Good Luck!

The mystery of the shoe

Sir Geoff Hurst and Gary Lineker and the shoe 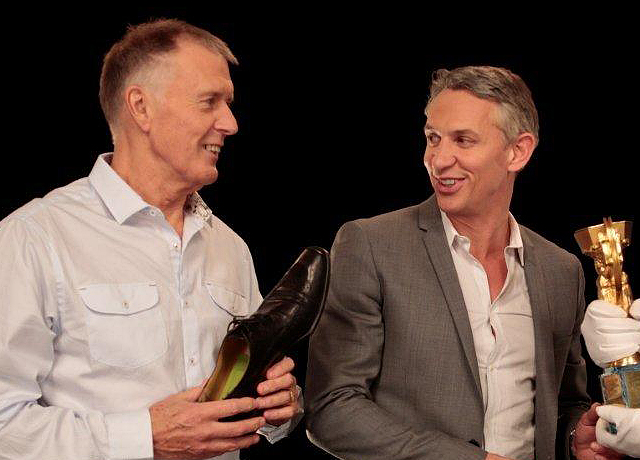 What is going on?

Sir Geoff Hurst MBE secured a unique place in the history of football in 1966 when he became the first and, over 55 years later, still the only player to score a hat-trick in a World Cup Final.